A visit from the Arch Magus Andreas

It began as if often does. When you least expect it...

It is the full moon, and so at a minimum, I am always going to be conducting a simple and short ritual to feed and maintain my relationships to my 2 Familiar spirits. Nicodemus, and Unta.

I quickly prepared the offerings, Nicodemus in particular was very thirsty, and this time required TWO offerings of blood. The first was a simple affair, I anoint his anchor object, his idol with blood and big him drink deep of the energy he had earned by doing my bidding and protecting me all these days.

But he seemed unsatisfied, and Unta likes a little more effort and showmanship, I can't simply blood his sigil and add honey like he likes, I have to burn it in a pyre in his honor.

As I was preparing this arrangement, I decided to listen to some old new age Music that used to be on almost constant loop when I was doing ritual or hypnosis as a younger man. Kitaro: Silk Road. It should come as no shock then that I was feeling nostalgic and my thoughts began to drift from the offering at hand to magick of days gone by. The halcyon days before the shadows became the focus of so much pain...

The days when one of the best friends of my life, Andreas, would come over, and we would talk for hours about the nature of magick, the universe, and past lives... We would conduct hypnosis sessions, inducing trances in each other, take notes, guide the experience, and learn new things almost daily. He was a gentle soul. He came out to me and a few friends one intimate evening while watching movies and talking about our love lives... Back in the 90s, this was... well, it was brave of him, to say the least. Nobody was shocked, he presented as female for many years, his mannerisms, his interests.

I went from a somewhat borderline bigoted homophobic adolescent. To having a near and dear friend who was as gay as you could get. A dear friend who taught me it didn't mean I was gay to be his friend and support him. It meant we were both humans. Both worthy of love and affirmations of divinity and respect.

As I gazed into the offering pyre, I entered the gazing state... and got a sudden impulse. For the last few days, I have been keeping some blackberries in my incense offering bowl filled with ever-darkening black salt which grows darker with each offering...  The salt has been drying them out, and I knew I would be using them in ritual offering at some point.

It felt like a good time to do it... I plopped one of them on the pyre and watched it sizzle, and I began to get chills and I knew a powerful being had entered the room.

It was then that I noticed the fire was flickering in a peculiar kind of way, like a Questionmark Overlayed with an Exclamation point... Something I now know is called an Interrobang. But I grew up knowing that this was none other than Andreas's public magickal mark. It represented his endless search for gnosis, and his excitement when he was learning something new about magick and the universe. 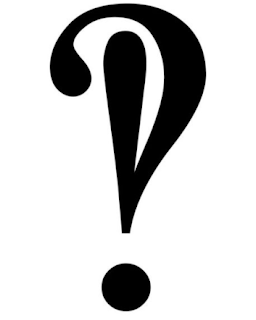 I also remembered that Andreas loved blackberries and black raspberries.

I felt almost ashamed, last we spoke in life he was my enemy, he was finished with our friendship forever, I had become a black magician monster, I was hurting people (I was), and my work with the shadow people was costing me everything... He warned me that he could hex me. That I was dangerous... I didn't care, I was an all-powerful lord of the shadows, what could he do to one such as I?

He died soon after that exchange... though I didn't find out for many years... I always feared the shadows took him from me, removed him so he couldn't hurt or hex me.  He had a weak heart, requiring open-heart surgery when he was a small child. It would be nothing for him to be killed by a small fright such as the ones the shadows are known to do often to people.

I whispered, almost afraid, maybe more afraid than I have ever been of another spirit... This was a shade from my lost past, the time that I often dwell on but remember least.

I saw him so clearly, he began to appear to me as he was then, as all necromantic Egregores do. I was imagining for him a powerful form that he could take to communicate with me, building it out of fragments of memory and forgotten details.

I heard his voice clearly in my head, saw his wry smile, and we communed for almost an hour, Kitaro's haunting synth new age music singing softly in my ears. I could almost smell the dragon's blood incense I loved so much back then. I could see the room lit by a handful of tea lights as he would read invocations and hypnotic induction scripts to me.

He had many messages for me, many hints, and clues, and kind things to say.

He was wrong about many things, he was wrong about me, but he was not wrong to hex me, he was proud of who I was becoming. He was always desperately devoted to love and light but still possessed of an open-mind of the greyish sort... And he saw that I was now finally seeking to fulfill my potential in this life, and I could feel the emotional energy... He was waiting until I was ready to talk to him again when I felt most alone and needed an old friend like him to return to me.

"I gave you my sigil you big silly... You could have used it all this time!"

"It won't work for them, only for those who knew me then can use it now. so share it if you must! But I am here for you..."

The communion was lighthearted, I felt a lot of spiritual pressure and a weight lifted from me at the same time, I gazed into the flames and my eyes glossed and glazed over, I admired the shapes in the fire.  Even to the point of seeing him in the form of flame hovering for a few moments before fading away.

his messages to me were mostly focused on nostalgic remembrance, and I was filled with such a deep and mournful longing to have a friend like that again.

It is no secret that I am entirely solitary in my practice and other than my wife, and son, and people I know online, I have no remaining RL friends that I see with any regularity. I would give almost anything to have a friend so dedicated to the craft as he was again. someone who would come over often and do ritual or hypnosis and similar things with me...

He told me at last that part of why he was here was because of world events, the things we spoke of as children, merely an apocalypse of metaphors to be sure, but those metaphors were meaningful... The time is rapidly coming when I need to be ready, ready like never before. That I am doing well in some areas, and terribly in others...

He even scolded me for allowing myself to get so distracted by the business side of my practice as of late. As he said:

"Your heart just isn't in it, because you are too worried about success and maintaining your career. But you are destined to be one who is remembered, King Paimon told you that it was already fated to be and that it was up to you to allow it to fail or succeed now...  you are also too worried about the mundane frivolities of the world... The world will be as the world is silly. The conflict coming is nothing new, now that I am here I can tell you that it is going to be remarkable."

This was all just a little too fantastic:

I remember thinking clearly "Are you telling me the future Andreas?  Isn't that not permitted nor possible?"

Sounds like something I would say... it WAS something EA Koetting recently said to me...  And I told Andreas as much.

"You feel alone right now, most of all, because you knew this was going to happen, that before the coming darkness, and the coming dawn to follow, you would be an island unto yourself, alone... yet surrounded by allies and friends. I can't comfort you in this, only tell you it is as it must be for now."

I remembered the apocalyptic metaphors better than ever...

It would be a time of great upheaval, brother against brother, people would be going missing at a mysterious and alarming rate (missing 411 anyone?) violence would be rampant, wars would be smoldering and stagnant but ever threatened... Mankind would have lost their way and abandoned the gods... The shadows would walk among us, and the gates would be thrown open allowing the horde to return.

Sounds like the prophecy of Thoth to me now almost...

I remembered the fantasies I would have about the world after this metaphorical apocalypse too place, of often being so alone... Dreadfully alone.

He was often fond of declaring himself the MAGE of the group.  usually jokingly when setting up for a DND game or when we would be disputing spiritual and ritual things. "I'm the mage... I'M THE MAGE! Now listen to me!" he would say over and over till we let him s

I felt him smile... I knew now that the egregore I made for him was male in body, but female in spirit, he was female, fully now, I began to see his female nature clearly, and I felt his, (uh, her) smile again.

I felt alone again, and I called out one last time, thanking him and I got the distinct feeling he would be back again, next time to teach me things I had forgotten... He had already taken a liking to my familiars, as the fire died out, the fire split into 3 distinct flames, a large one that I knew to be him, a smaller one that was Unta, and the smallest was Nicodemus. they all danced and swayed and circled the burning dish and then one by one flickered out...

I thanked my familiars for leading my dear friend back to me tonight... I needed that... I turned right around and began writing this account. Though I don't know what value it will have to my readers, it is a thing I needed to share...

GO BACK TO BLOG CONTENTS PAGE
GO BACK TO SITE MAP